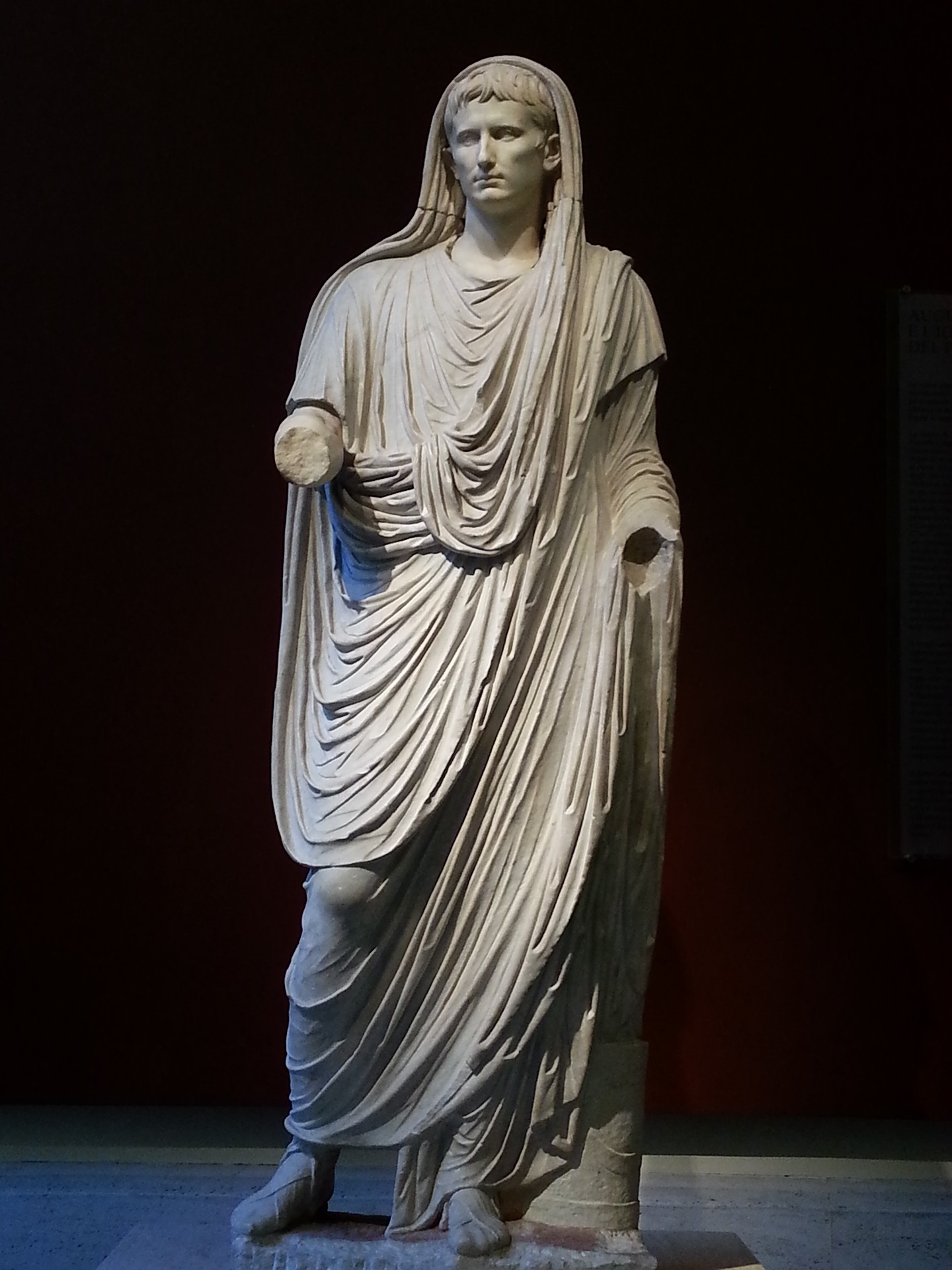 2000 years ago Trier was one of the largest cities in the Roman Empire. Nowadays, Trier is Germany’s oldest city. Located in the South West corner of Germany. On the border of Luxembourg, east of Frankfurt, and South of Cologne. The Moselle river flows gently through the city giving it a relaxed atmosphere.

Trier has retained its Medieval and Roman history. The city won UNESCO world heritage status in 1986. Emperor Augustus founded Trier in 17 BC. Emperor Constantine went on to make Trier his base for the Western Roman Empire. Today Trier retains much of its former Roman history for you to visit,  explore, and enjoy. Here are 8 reasons why lovers of Roman history should visit Trier:

Built from 7200 sandstone blocks the Porta Nigra, or Black Gate is Trier’s most beloved landmark. It’s  truly a unique achievement of

2nd century Roman architecture. The city gate is now the center of Antiquity in Germany.

It’s possible to climb the gate where you will be afforded a 360 degree city view. From this prominent vantage point you will see many other Roman landmarks.

The Roman Bridge in Trier spans the Moselle river and it’s the oldest bridge in Germany. It dates from the 2nd century. There are nine pillars deep into the river bedrock.

To determine the age of the bridge, scientists analyzed b the tree rings inside the wooden pilings. This ancient wood survives today and you can see it, along with a full explanation of how this dating technique works, at the archaeological museum in Trier.

The Trier Archaeological Museum has a fascinating collection of locally found Roman artifacts. The highlights of the collection include rooms full of mosaics depicting Roman life in Trier. The “Trier Gold Hoard” is the largest Roman gold hoard. Consisting of 2600 gold coins all depicting the Roman Emperor Nero. The monetary value of the coins at that time would have equated to the annual salary of 130 Roman soldiers!

Built in the 2nd century AD this Roman arena seated about 22, 000 spectators. It was here that animals and gladiators fought and executions took place. It was a central gathering place where the locals came for entertainment. Underneath the arena is a vast cellar system. This was divided into cages for prisoners and exotic wild animals. After a long shift guarding prisoners, Roman soldiers may have finished their day soaking their aching muscles at the local public baths.

Public bathing was a major pastime in Roman times, and it was taken very seriously. The Barbarathermen was the second largest public baths in the entire Roman empire. It was built around the 2nd Century AD. The baths were built on an area the size of six football pitches.

Patrons could enjoy richly decorated and heated communal baths and swimming pools. The adjoining amenities included shops, restaurants, libraries and beauty salons. You can visit the ruins of this site and walk along a guided path. Here you can cast your imagination back to what must have been a very social place for Romans to gather in Trier. 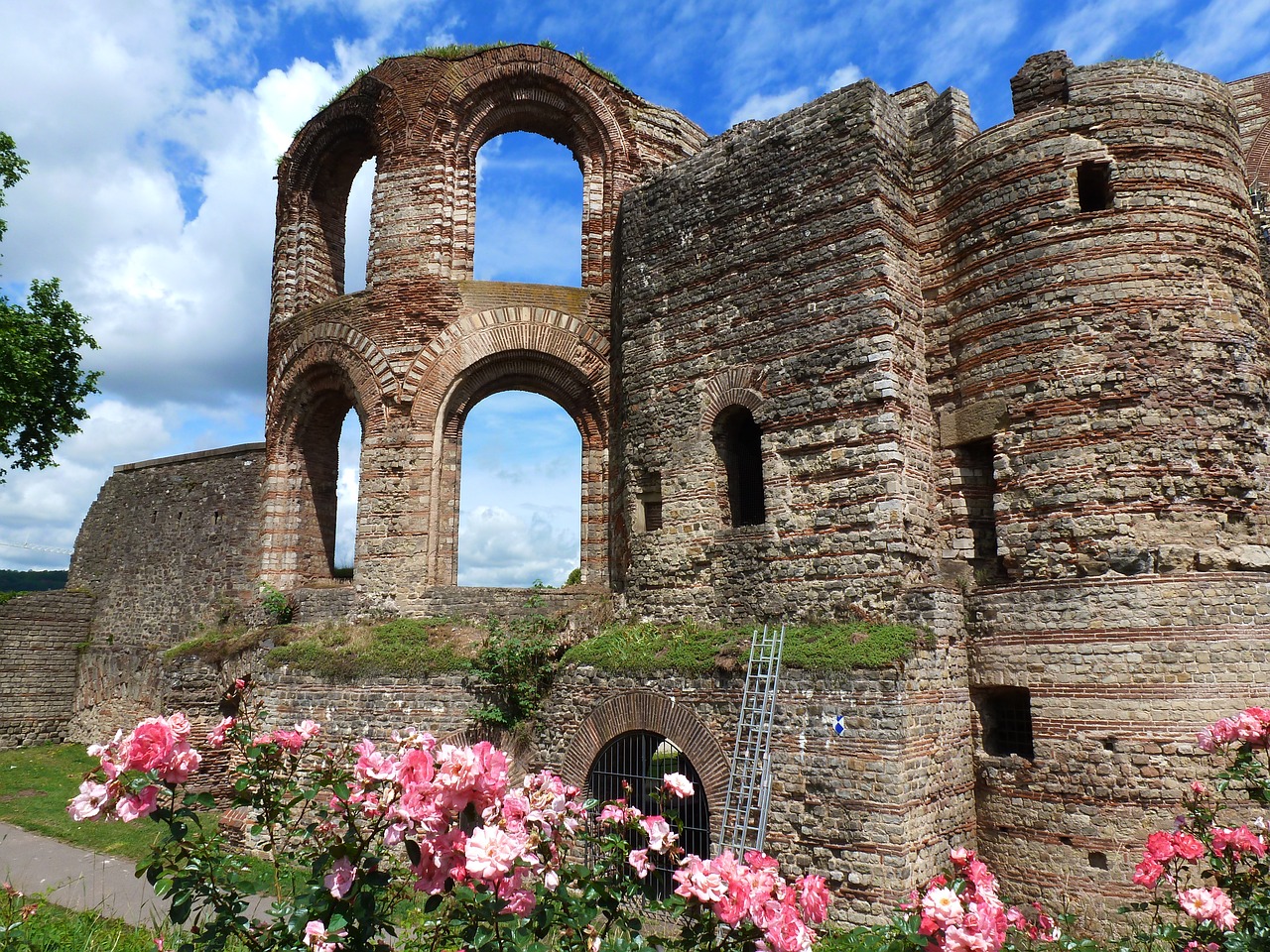 In the 4th century AD, construction began on the Kaiserthermen Imperial Baths. Originally planned as a gift from the Roman Emperor to the people of Trier, these baths formed part of the former Roman palace district.

Visitors to Trier today can see the subterranean service passages that lead to huge furnaces used for heating the water.  Above ground the great arches and remaining brickworks can be admired. 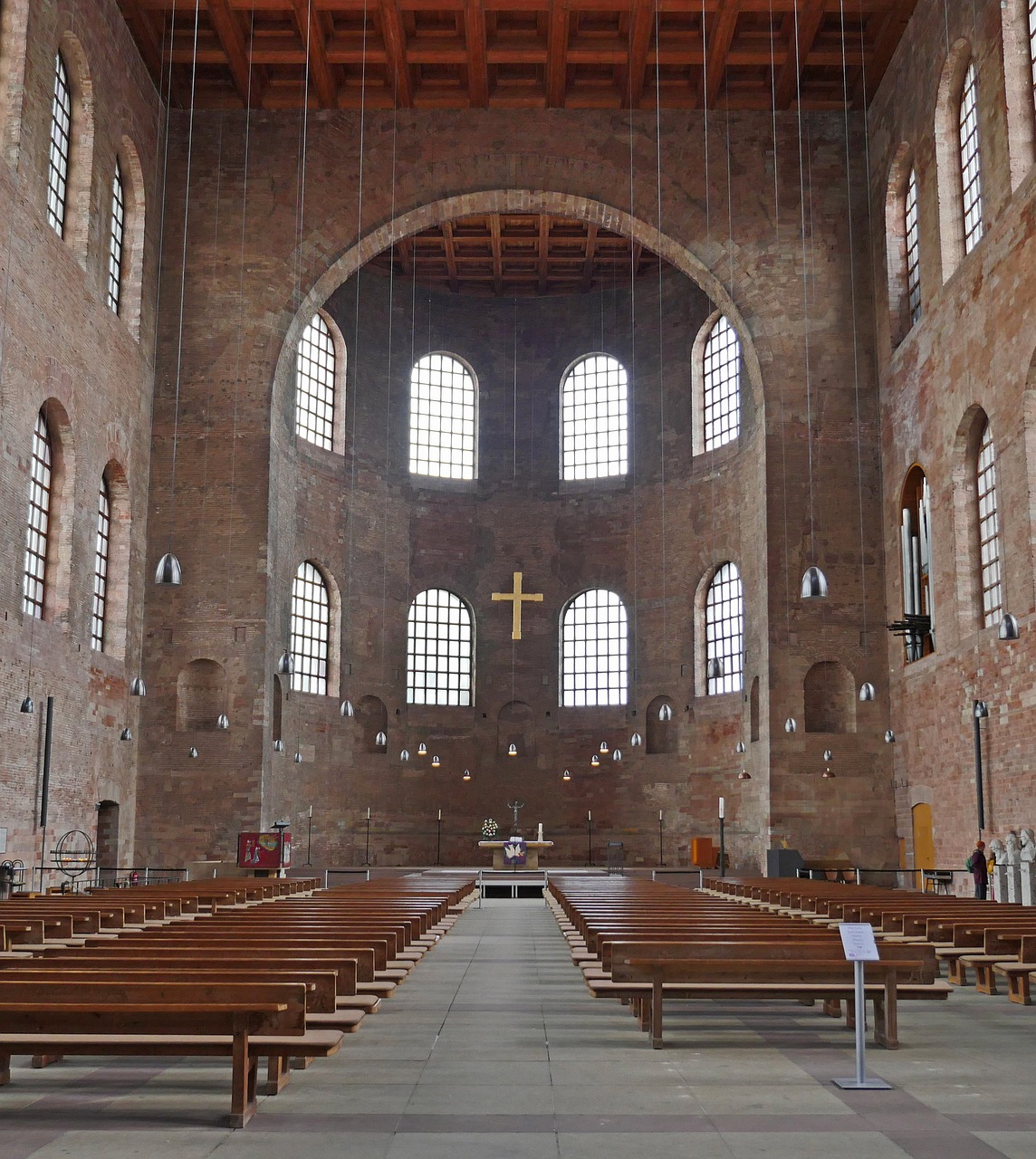 Big and beautiful buildings were the hallmark of the Roman Empire. The Konstantin Basilica, built in 310 AD, is no exception. Constantine’s throne room holds an interesting record. It is the largest Roman room, without columns.

The depth of the space in the throne room is magnified by a clever optical illusion.  The windows of the basilica get progressively smaller towards the middle of the room. The ceiling is 108 ft high, the depth from the front door to the altar is 220 ft, and the width of the room is 90 ft.

Not far away, is a giant 76 foot sandstone pillar. It dates from the 3rd century AD. The pillars bas-relief scenes depict the life of the wealthy cloth merchant who commissioned the work.  Now you can visit Trier, Germany’s oldest city, and its many Roman treasures.

Why not visit Trier and its Roman treasures! The city can be reached by road from major centers including Frankfurt, Bonn or Cologne in Germany & from Luxembourg city. We offer private tours of Germany so please contact us if you are interested in discussing your next trip: https://www.bluedanubeholidays.com/contact-us/

Trier is on several of our European river cruises. On these small ship cruises you can join a guided walking tour of this fascinating Roman city with an expert local guide.

For more information about tours to Germany: https://www.europetraveltours.net/germany-tourism-austria//