The MS Farah 4 Day Luxury Nile Cruise explores the treasures of Egypt from Aswan to Luxor. Enjoy a first class trip on the Nile, with a private guide through the highlights of the Ancient Egyptian civilization including Philae Temple, High Dam, the Unfinished Obelisk, Kom-Ombo Temple, Edfu Temple, the Valley of the Kings & Queens, Queen Hatshepsut’s temple and Karnak Temple.

The name of the cruise ship MS Farah means Happiness and Joy in Egyptian. We aspire to ensure that all our Guests are happy and satisfied to have cruised with us along the Nile. 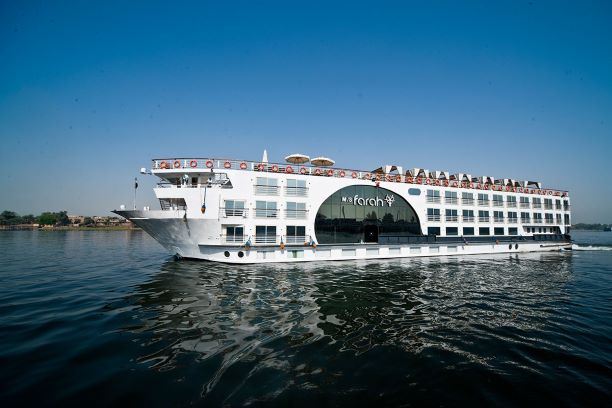 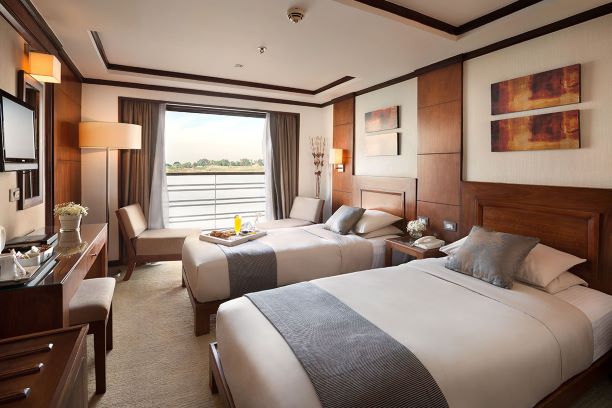 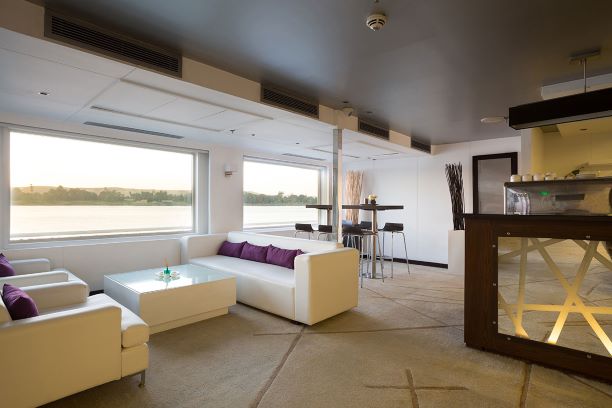 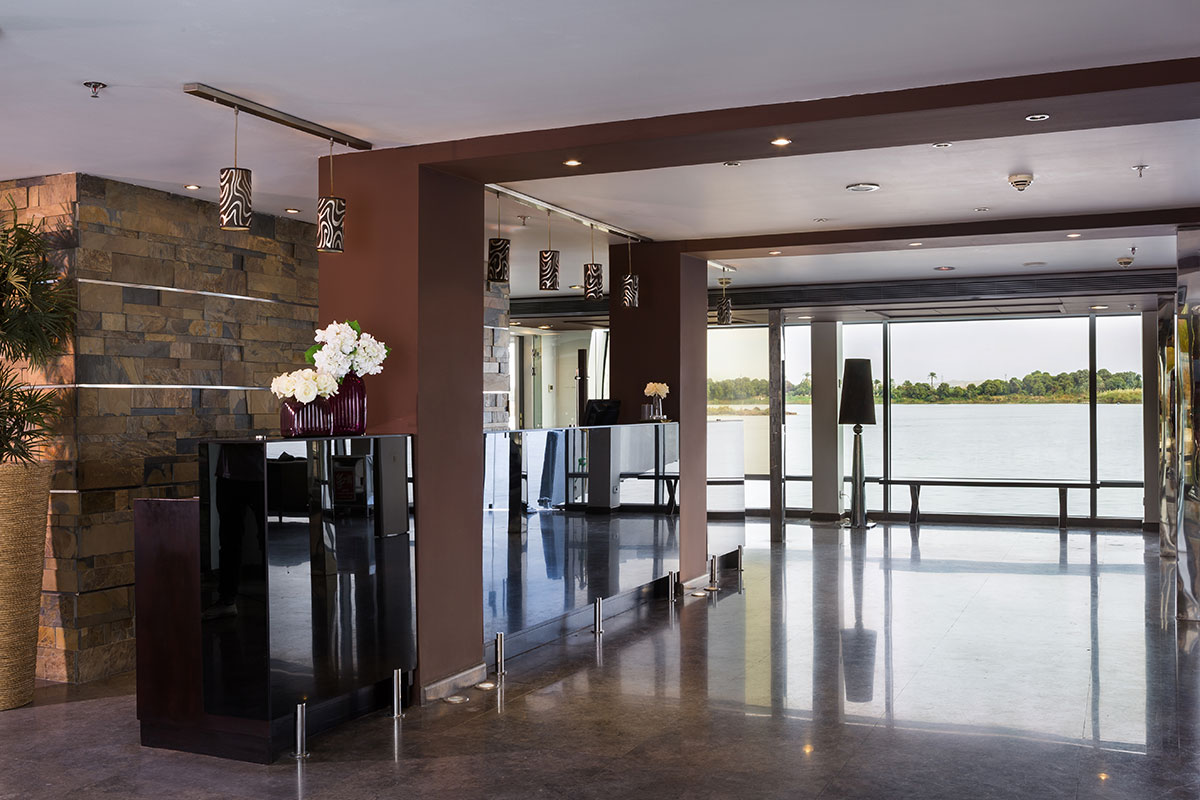 Greeting and assistance at Aswan Airport or railway station and private transfer to the Cruise and check-in after 12:00 Noon.

After lunch on board we visit the High Dam, the Unfinished Obelisk and the temple of Philae. The High dam was constructed to replace the old (1902) Aswan dam built to protect Egypt from the floods and provide irrigation and electricity across Egypt. It is 111 meters/ 364 feet high and 12, 562 feet / 3830 meters long and visitors can easily locate lake Nasser over 100 miles away.

The Philae Temple (the Temple of Isis) is one of the greatest Temples in Egypt with its huge, complete, pylons and beautiful scenes. It occupies about a quarter of the island.

Captain’s welcome cocktail and dinner on board.

Then sail to Edfu then lunch on board. After lunch, visit Edfu Temple, one of the best-preserved shrines in Egypt. It is distinguished by its huge splendid structure that blends Pharaonic and Greek architecture. The temple was built in the Ptolemaic Kingdom between 237 and 57 BC. The inscriptions on its walls provide important information on language, myth and religion during the Hellenistic period in Egypt.

Sail to Luxor via Esna and have dinner on board and a Galabeya party and overnight in Luxor.

This morning we visit the Valley of the Kings. The valley contains 63 tombs decorated with scenes from Egyptian mythology and give clues as to the beliefs and funerary rituals of the period.

Then on to Hatshepsut, which was originally dedicated to Amun and then added to by Hatshepsut, Queen and 5th Pharaoh of the 18th dynasty. Her reign was the longest of all the female pharaohs. Her funerary temple stands as tribute to her peaceful and prosperous rule.

Next the Obelisks of Queen Hatshepsut and Tuthmosis III, the temple of Amon adorned with lotus and papyrus designs, the Granite Scarabeus of Amenophis III and the Sacred Lake.  Luxor temple is dedicated to the rejuvenation of kingship. Alexander the Great claimed he was crowned at Luxor. Dinner on board and a belly Dance Show Overnight in Luxor.

Check out after breakfast and transfer to Luxor Airport or railway station.

Add an Egyptian Land Tour before or after your luxury cruise.

Why not visit the colossal Temple of Abu Simbel built by Ramses II (XIXth Dynasty) and lately saved from inundation of the Nile waters in among the glories of ancient Egyptian monuments.

The temples were built out of a sandstone rock cliff, and representation of the deities to which each was dedicated is carved on its huge façade.

Take a trip to Abu Simbel to marvel at the temple that was moved to avoid flooding. 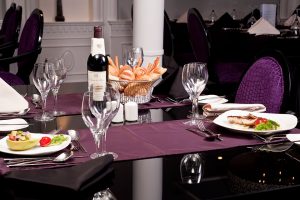 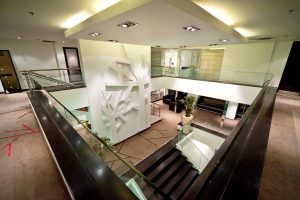 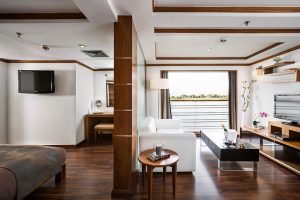 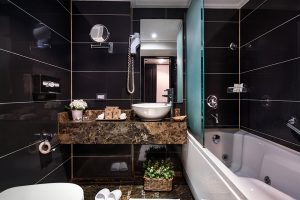 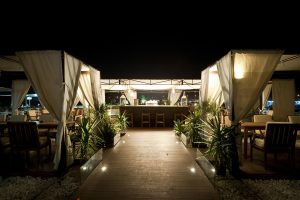 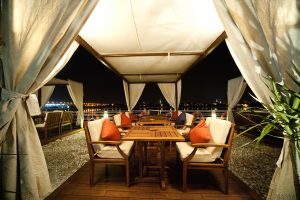 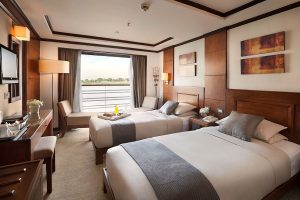 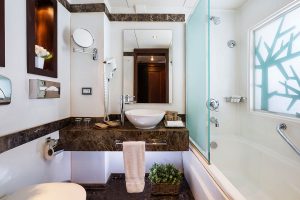 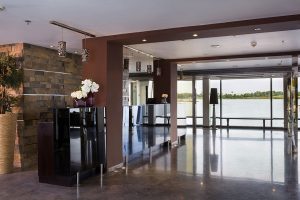 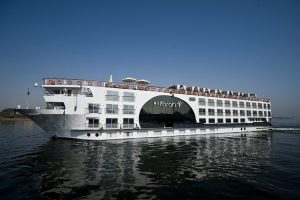 We hope you are inspired to join us on the MS Farah 4 Day Luxury Nile Cruise.