Cruise from Portugal to Spain – BD906

Cruise from Portugal to Spain - BD906

The Cruise from Portugal to Spain is one of the best small ship cruises to Spain and Portugal on the Iberian Peninsula.History-rich Spain and Portugal welcome you for your next small ship cruise adventure ,with the company of up to 49 fellow passengers. The unique and varied peninsulas of both countries offer a natural playground to be best experienced by a small ship, and so we have designed the ultimate itinerary for you to experience the destinations we visit in depth, always keeping in mind your comfort and safety. Discover Seville, built along the Guadalquivir river with several UNESCO classified monuments and a rich Moorish and Spanish heritage. Granada with her brilliant architectural jewels. Jerez de la Frontera, an Andalusian world famous for its architecture, sherry and fine horses. Ronda, birthplace of bull fighting. Gibraltar, a British outpost right in the South of Spain. 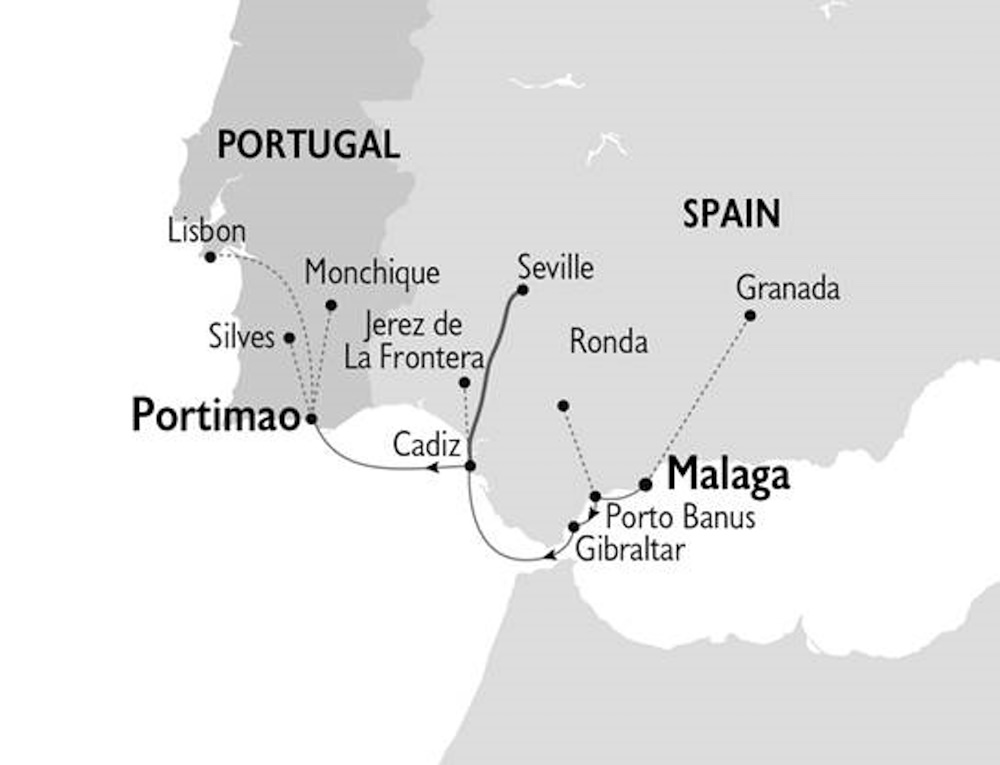 Itinerary ~ Cruise from Portugal to Spain 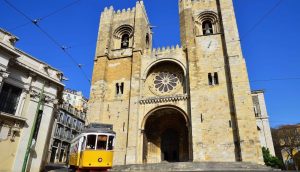 Begin your Cruise from Portugal to Spain at 1 pm at a Lisbon Hotel (name to be advised) and escorted bus transfer to Portimao to embark your ship. We arrive in Portimao at approximately 5 pm.  Embarkation, Welcome Cocktail and dinner on board. Overnight in Portimao. 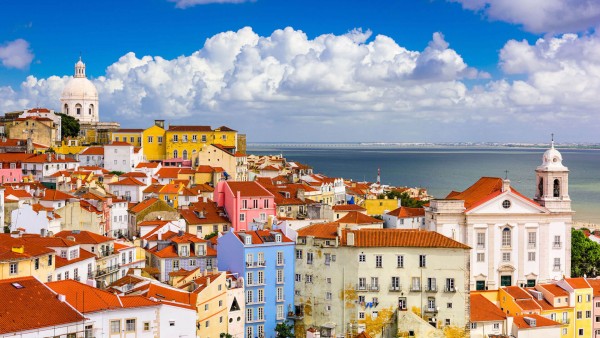 Our half day optional excursion will take us to Silves, largely destroyed by a 17th century earthquake. Marvel at the centuries-old Moorish castle complex with an underground water reservoir, a 13th Century Cathedral built by Alfonso X of Castile on the site of a former Mosque and a fine strong 15th century bridge over the Rio Arade. During your visit to Silves, you'll also have time to browse the historic exhibits at the Museum Arqueológico.
We leave Silves visit and travel into the Serra de Monchique to reach the picturesque city of Monchique nested between two hills. The city retains its 16th century charm and you will walk through its cobbled streets with small doorways housing various artisan trades. We return to Portimao for late lunch and prepare for departure. Overnight at sea to Seville. 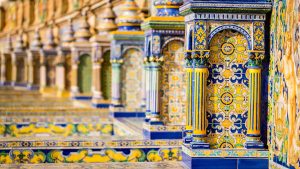 Morning sailing up the Guadalquivir river and midday arrival. Afternoon optional excursion in Seville, one of the most beautiful cities in Europe, where Moorish and Spanish art and culture have left their mark. Our optional excursion will bring you to the Cathedral, the Alcazar Palace and its Andalusian gardens, the Maria Luisa Park and the quaint and elegant district of Santa Cruz. Overnight in port. 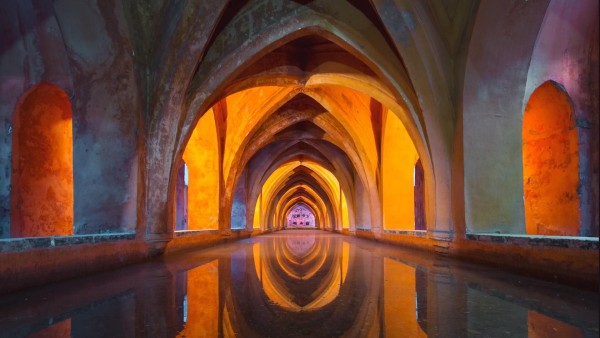 Full day optional excursion in Seville and to Jerez de la Frontera, famous for its wines, horse breeding and flamenco. Your tour will enable you to see the Alcazar, the cathedral. (The ship departs with passengers not participating in the excursion at 8:30 to reach Cadiz). Guests rejoin the ship in Cadiz in the evening. Late night sailing. 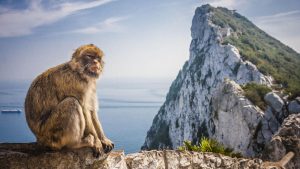 This morning, enjoy a refreshing swim stop on the way to Gibraltar. Early afternoon arrival at Gibraltar. Afternoon optional excursion in the “Rock”. We depart by bus from the port to reach the top of the Rock, perched on the summit of Gibraltar for a breathtaking view. We continue to St. Michael’s Cave to admire the stalactites & stalagmites, and then we visit the WWII Tunnels. The tour will end in Main Street where you will have some free time for shopping. Overnight in port. 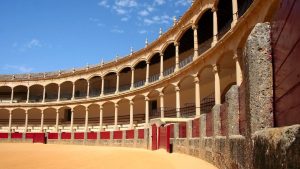 Early morning sailing to Porto Banus. Arrival in Porto Banus and swimming stop at anchor. After lunch we enjoy an optional excursion to Ronda, 50 km inland a city which retains much of its historic charm, particularly its old town and the nearby 18th century Puente Nuevo. Ronda is also famous as the birthplace of modern bullfighting, today glimpsed once a year at the spectacular Feria Goyesca.
The Plaza de Toros is now a museum, and visitors can stroll out into the arena. Our optional excursion will include visits to the an elegant cloistered 16th century convent and old Ronda, La Ciudad, with its cobbled streets hemmed by handsome town mansions, some still occupied by Ronda's titled families such as the Casa de Don Bosco. We will walk to the leafy Plaza Duquesa de Parcent, which boasts a convent, two churches, including the toy town bell tower of the Iglesia Santa Maria de Mayor. The ship will sail to Malaga at 3 pm and guests participating in the excursion will rejoin the ship in Malaga. Late night arrival in Malaga. Overnight in port. 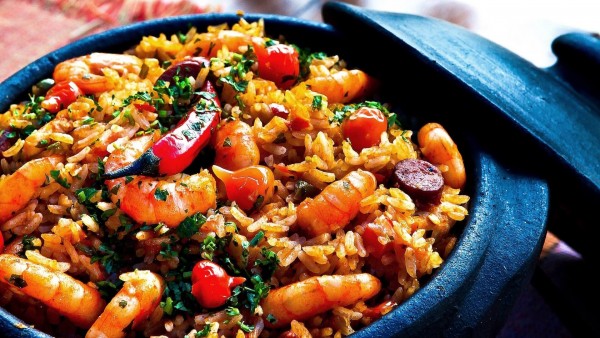 Optional full day excursion to Granada, one of the most fascinating cities in Europe and the last Muslim city to fall to the Christians in 1492. Afternoon return to the ship and dinner on board. Overnight in port. 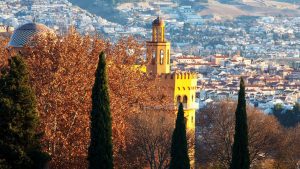 Disembark  your Cruise from Portugal to Spain at 9 am after breakfast.

Included on your Cruise from Portugal to Spain 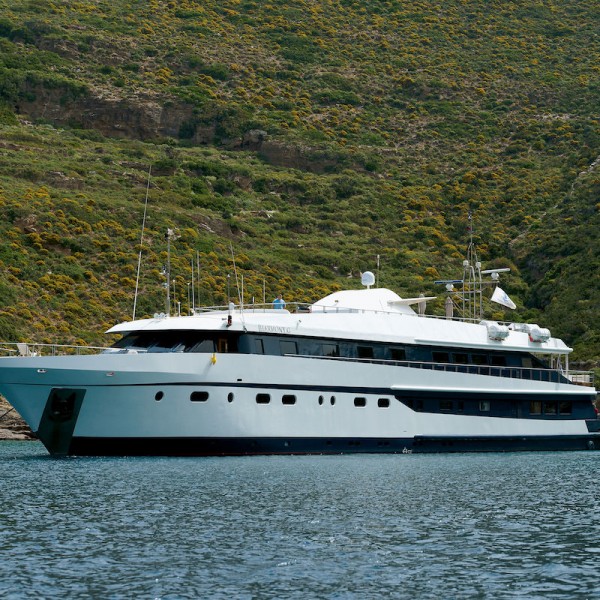 The sleek, contemporary state of the art Mega Yacht has luxury appointments throughout. All cabins have an ensuite and window or portholes. She can accommodate 44 guests within her sleek lines. There is ample deck space, a spacious lounge and several dining areas. The ship is decorated with warm colors, large windows offering pristine views of all destinations.

Harmony G’s experienced crew of 18 staff are trained with hospitality as priority. They will pamper you to guarantee the ultimate vacation experience.

Gallery ~ Cruise from Portugal to Spain 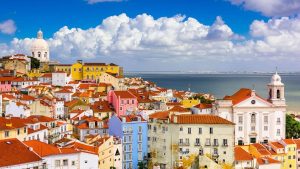 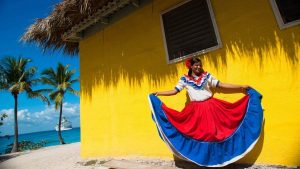 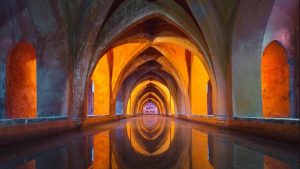 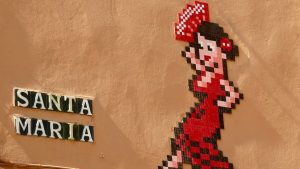 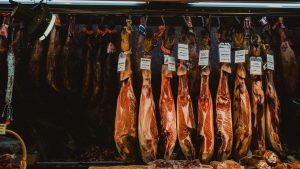 We hope you are inspired to join our Cruise from Portugal to Spain. Here are some links for your research: Portugal  - Spain

Booking for Cruise from Portugal to Spain – BD906