Neuschwanstein – The Disney Castle is certainly the most visited castle on the German tourist route. Many tourists have no idea that Neuschwanstein Castle was the inspiration for Walt Disney’s ‘Sleeping Beauty Castle’ in Disneyland. 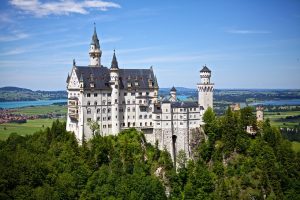 This majestic castle, the embodiment of the romanticism of the time is a fantastical imitation of a medieval castle and must be among the prime candidates for the new ‘Wonders of the World’ list; architectural beauty, built in white stone and surrounded by a landscape that could make you break into tears by its sheer splendor.

Located in the region of Fuessen, an ancient German city surrounded by many old castles and monasteries, many now in ruins; there is even an ancient Roman road, the Via Claudia. The  Alps surround the entire region. You will see snowy peaks, verdant valleys, waterfalls and mirrored lakes.

The name ‘Neuschwanstein’ means ‘New Swan Stone’ . The name comes from the Wagnerian Lohengrin Opera ‘Knight of the Swan’.

King Ludwig II of Bavaria ascended the throne before he was 20. In his first two years of rule, he suffered a crushing military defeat and developed a ‘troubled’ personality.  The foundations were laid on September 5, 1869. Designed by Christian Jank, who was a Wagnerian stage designer. This explains the many construction defects of Neuschwanstein. It was built on a mountain slope

The exterior is Bavarian historic. The interior has all the technological advances of the time. This includes the first flushing toilets, central heating and hot water taps in all the kitchens and the bathrooms.

Neuschwanstein has 360 rooms but only 14 were ever fully finished. They were left unfinished because Ludwig was deposed as king in 1886 after being judged insane. He died mysteriously, drowned in a nearby lake,. It may have been suicide or more likely  he was murdered by jealous princes. Possibly by creditors ruined by his inability, or lack of obligation as a certified lunatic, to pay his monstrous debts.

The Throne Room was created in teutonic homage to ‘Parsifal’ in elaborate Byzantine style, inspired by the Hagia Sophia in Constantinople. One still unsolved mystery is that the throne itself is still missing.

The castle opened to the public only seven weeks after Ludwig’s death. Possibly explained by the desperate need of his family to raise money. The 14 completed rooms are 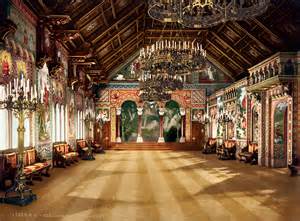 decorated with unparalleled luxury with paintings and tapestries with scenes from operas by Wagner.

If you can, do try and visit Neuschwanstein. Unlike many other famous sights which look better in photos, this is the real thing!

We hope you enjoyed Neuschwanstein – The Disney Castle. If you are inspired to travel to Germany, see our tours and cruises: 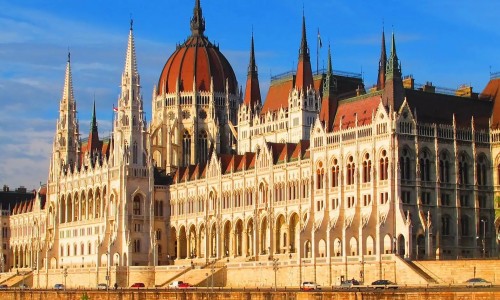 Legendary Danube NUREMBERG TO BUDAPEST Depart from the beautifully preserved medieval city of Nuremberg to bustling Budapest, indulge in the sights, sounds and vistas of the Danube sailing through some of the most romantic and inspiring landscapes of Old Europe. COUNTRIES: Germany, Austria, Hungary RIVERS: Danube 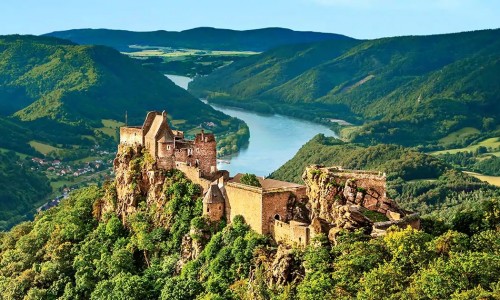 Blue Danube Discovery Budapest To Nuremberg Discover a wealth of art, history and cultural treasures as you cruise to some of Europe’s most famous destinations. From Budapest, journey to Bratislava, Vienna, Passau and the 2,000-year-old town of Regensburg, a UNESCO World Heritage Site. Along the way, 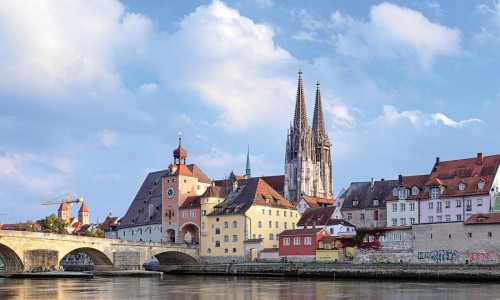 The Blue Danube Nuremberg to Budapest This cruise includes a trip along the Rhine-Main-Danube canal (a masterpiece of engineering), and along the Danube River. Pass through four of Europe’s most important countries (Germany, Austria, Hungary and Slovakia), three world-famous capital cities (Vienna, Budapest and Bratislava) 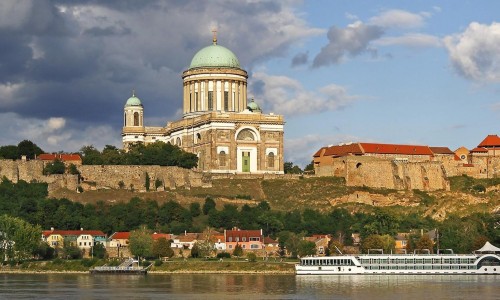 The Danube Rhapsody Passau to Budapest and back to Passau This fascinating journey takes you along the most beautiful stretches of the Danube, into the heart of the once-illustrious Habsburg monarchy. From the Bavarian “Three-Rivers City” of Passau, cruise to Budapest, the “Queen of the Danube”. 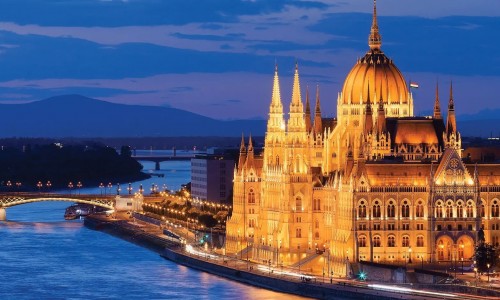 Melodies of the Danube – Cruise BD108

Melodies of the Danube BUDAPEST TO VILSHOFEN Cruise the Danube to see Budapest, Bratislava, Vienna and Prague. Cruise through the enchanting Strudengau Valley and let the hills come alive with the sounds of music in Salzburg and the Austrian Lake District. 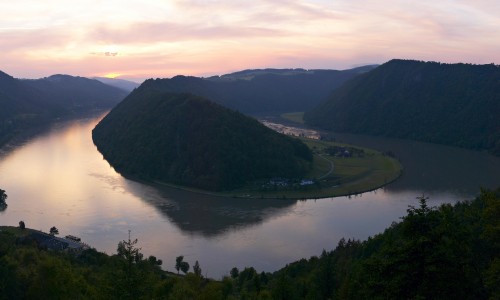 The Classical Danube Passau to Budapest This cruise begins in Passau and then downstream along the Danube to Budapest, Hungary’s exuberant capital. Highlights are sightseeing visits to Regensburg, Passau, Salzburg, Vienna and Bratislava. 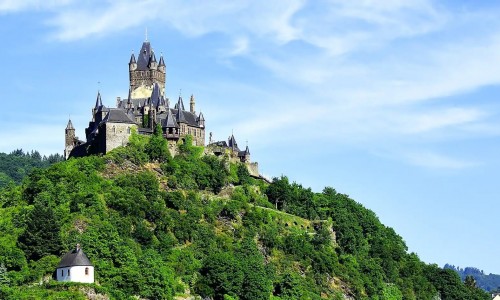 Europe’s Rivers & Castles NUREMBERG TO LUXEMBOURG Travel three rivers from Nuremberg to Luxembourg. Meander along the Main to the Upper Middle Rhine Valley with its multitude of castles dotting its shores to the vineyard-clad hills of the Moselle.