Located in the Coral Triangle and along the Ring of Fire. It has over 17,000 tropical islands stretching over 3,100 miles. There are endemic species including Komodo Dragons, Orangutans and the Bird of Paradise. The coral reef is regarded as the richest and most diverse in the world. The ultimate paradise for divers and underwater enthusiasts. 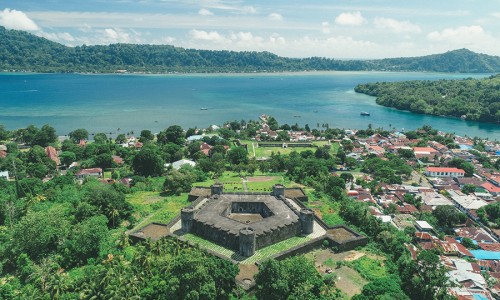 Ambon and the Spice Islands – BD631 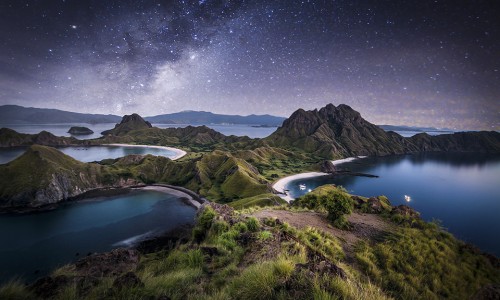 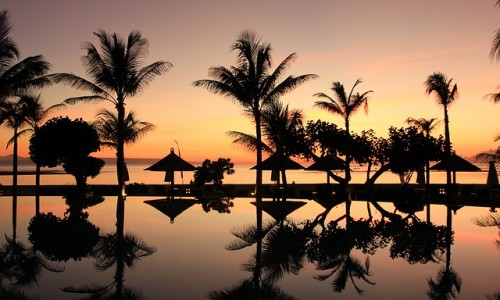 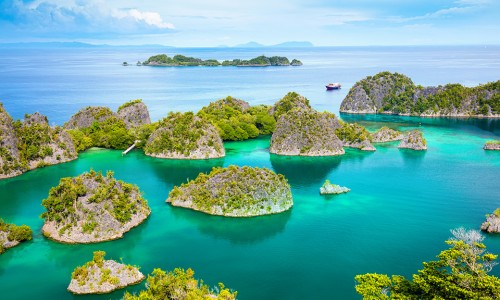 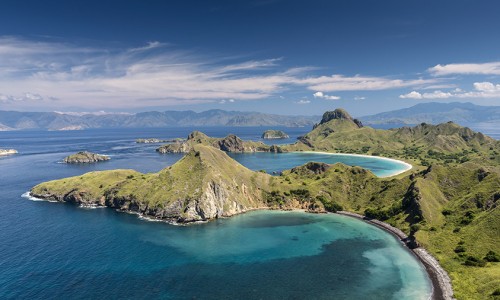 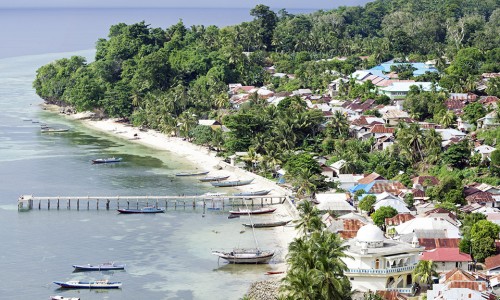 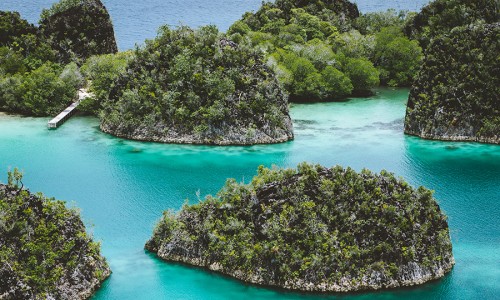 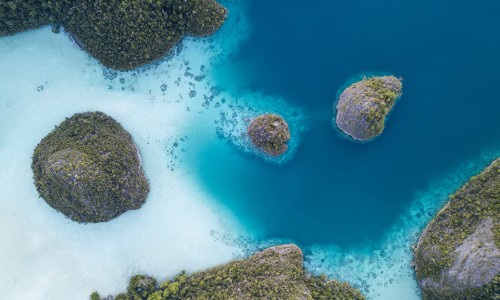 What is the Culture and Local Population on the Indonesian Archipelago Cruises?

There are more than 200 ethnic groups, in Indonesia. The largest is the Javanese population. However, they all share the national identity. Indonesia is a stable and democratic presidential republic. Although mostly Muslim, there are many religions practised. The government recognizes Islam, Protestantism, Catholicism, Hinduism, Buddhism, and Confucianism as official religions.

Where are the Indonesian Archipelago Cruises?

Bridging the continents of Asia and Australia; Indonesia stretches along the equator. The Archipelago is surrounded by the Indian and Pacific Oceans. Its neighbors include Malaysia, Singapore, Vietnam, the Philippines and Australia. Lying on the equator the climate is tropical. Temperatures average 28 °C (82.4 °F) with relative humidity between 70 and 90%. Winds are moderate and generally predictable.

Beyond the regions characteristic volcanic landscapes and colorful wildlife, are the well-preserved colonial-era relics and culture.

The flora and fauna is a mixture of Asian and Australasian species. Sumatra, Java, Borneo, and Bali were once linked to mainland Asia. They still have a wealth of Asian fauna. Large species such as the Sumatran tiger, rhinoceros, orangutan, Asian elephant, and leopard were once abundant as far east as Bali. Recently, numbers and distribution have dwindled.

Sulawesi, Nusa Tenggara, and Maluku have developed their unique flora and fauna. Papua was part of the Australian landmass and is home to a unique fauna and flora closely related including over 600 bird species. Forests cover approximately 70% of the country.

Indonesia has 9 UNESCO World Heritage Sites, including the Borobudur Temple Compounds and the Komodo National Park. A further 19 are on the tentative list including Jakarta Old Town, Bunaken National Park, and Raja Ampat Islands.

Komodo National Park spans an area of 669 square miles and comprises three main islands: Komodo, Padar and Rinca . There are also 26 smaller islets. Several of these are inhabited by Komodo Dragons, the largest lizard species to walk the Earth.

Departing from Bali and Flores, this sensational 7-night cruise offers an in-depth exploration of the legendary Komodo National Park and Moyo Island.

The UNESCO World Heritage Site of Komodo National Park is a wonder of nature in every way imaginable. Ancient volcanic activity has created some of the most spectacular coastal terrain on Earth. It has picture-perfect savannah hills, bays and beaches. The Park has some of the best diving and snorkeling sites in the world.

The Ambon & Spice Islands cruise is an enthralling adventure embracing culture, nature and wildlife. We set sail from the rustic Indonesian port city of Ambon. Then Aqua Blu cruises south across the Banda Sea to the Spice Islands. This is a destination steeped in historical significance and endowed with both unspoilt nature and culture.

The Spice Islands are the origin of nutmeg. A spice that was worth more than gold by weight. The Dutch established and exercised control from 1607 up until the late 18th century. In that time, the Dutch built up numerous colonial-styled architecture and extensive fortifications. Surrounded by the local town and the nutmeg plantations, these structures remain mostly well-preserved.

Today, setting foot on the Spice Islands is like entering a spectacular living museum. Where time appears to have stood still for decades. Centuries-old relics, such as Fort Belgica, exist alongside rich Indonesian local traditions such as nutmeg cultivation and kora-kora war canoe racing.

The Raja Ampat cruise is a visual spectacle with unmatched marine diversity on show at the best dive and snorkel sites on Earth.

Raja Ampat’s world-class wildlife excursions are both on the ground and underwater. In the 19th-century naturalist Alfred Russell Wallace found a unique species of 'bird of paradise'. Catching sight of Wilson’s bird of paradise and the Red bird of paradise is one of life’s most rewarding wildlife experiences. These winged wonders live alongside 350 other bird species, including forest kingfishers and king parrots.

Meanwhile, Raja Ampat’s many beaches are the nesting ground for leatherback turtles. The mangrove forests support populations of dugong and juvenile fish. Raja Ampat is also a designed a Marine Protected Area (MPA) by the Indonesian government.

How Do I Get There?

There are daily flights to Soekarno–Hatta International Airport in Jakarta. Denpasar airport in Bali also has daily flights. Garuda Indonesia is the national airline.

Do I need A Visa?

Foreigners nationals from countries which are included in the 169 Visa Free Country List are entitled for visa exemption, may enter Indonesia from 124 immigration checkpoints and granted a 30 days stay that cannot be extended. Mandatory requirements includes : passport with minimum 6 months validity and return / through tickets. 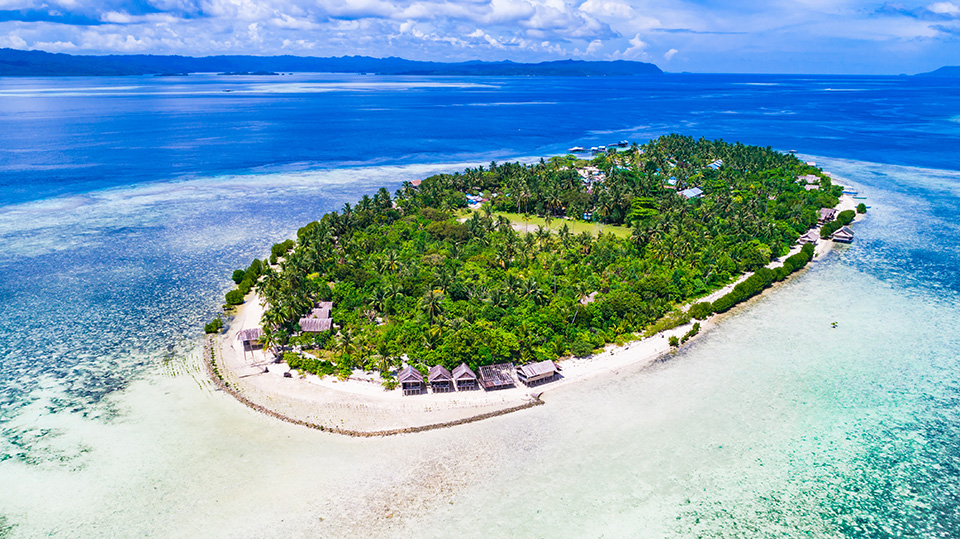 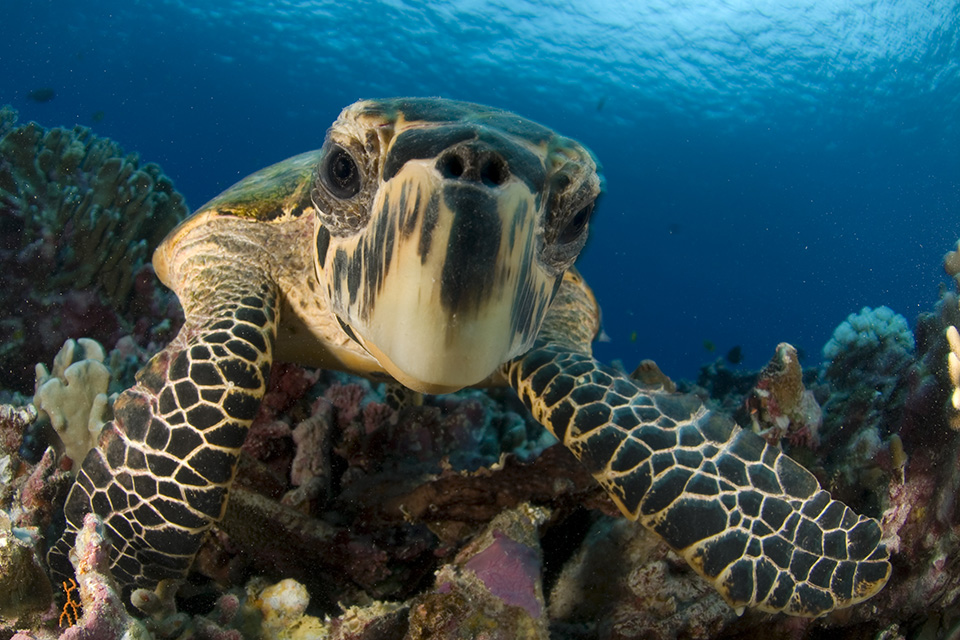 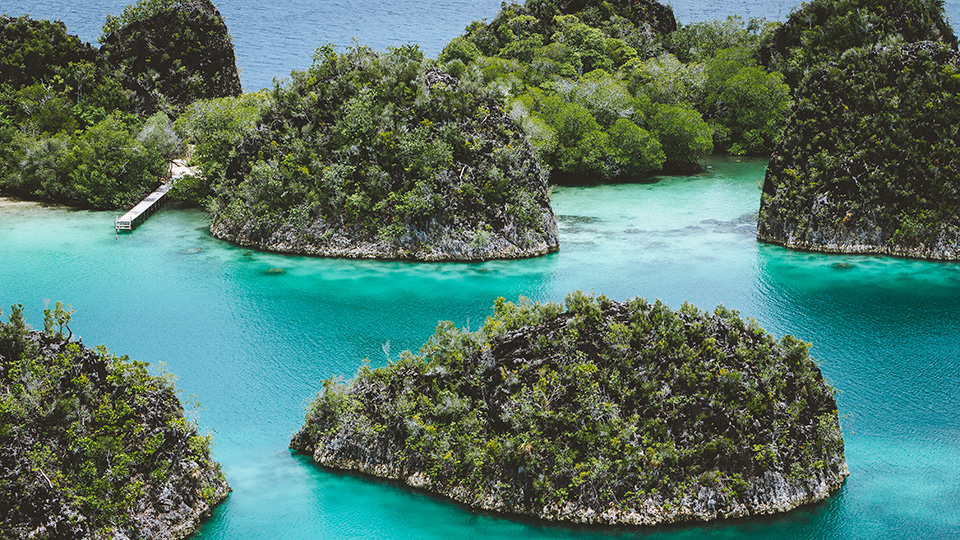 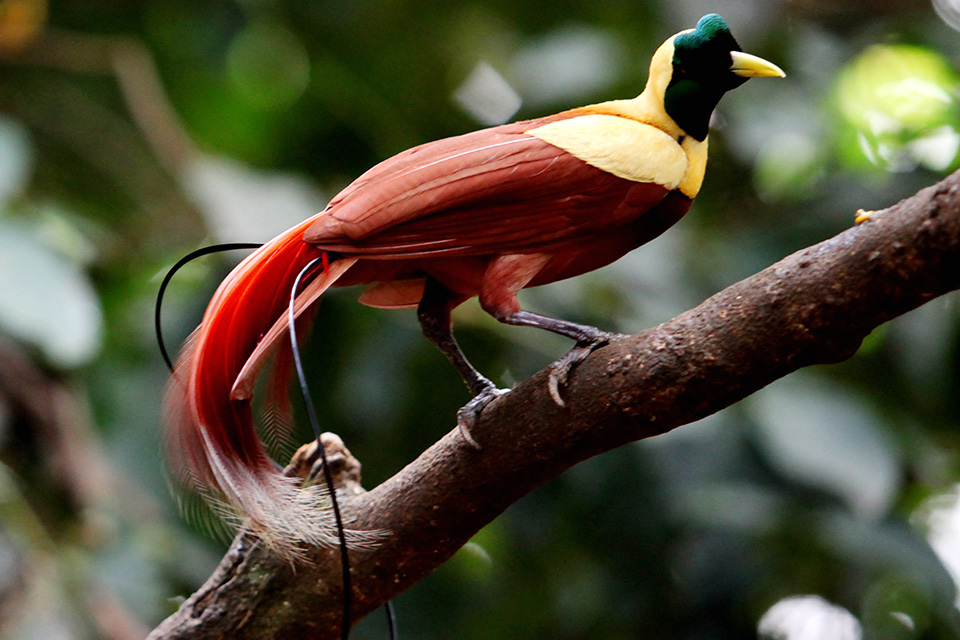 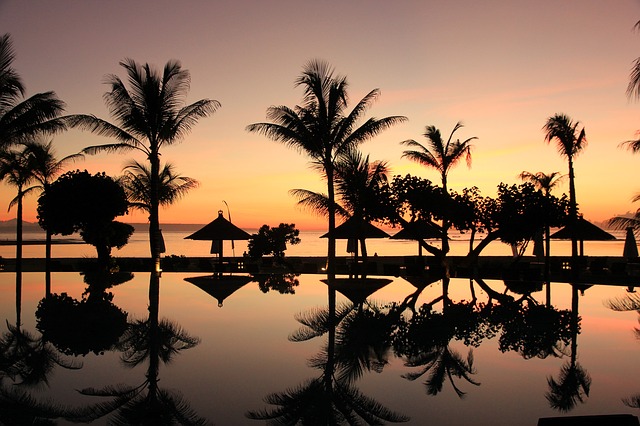 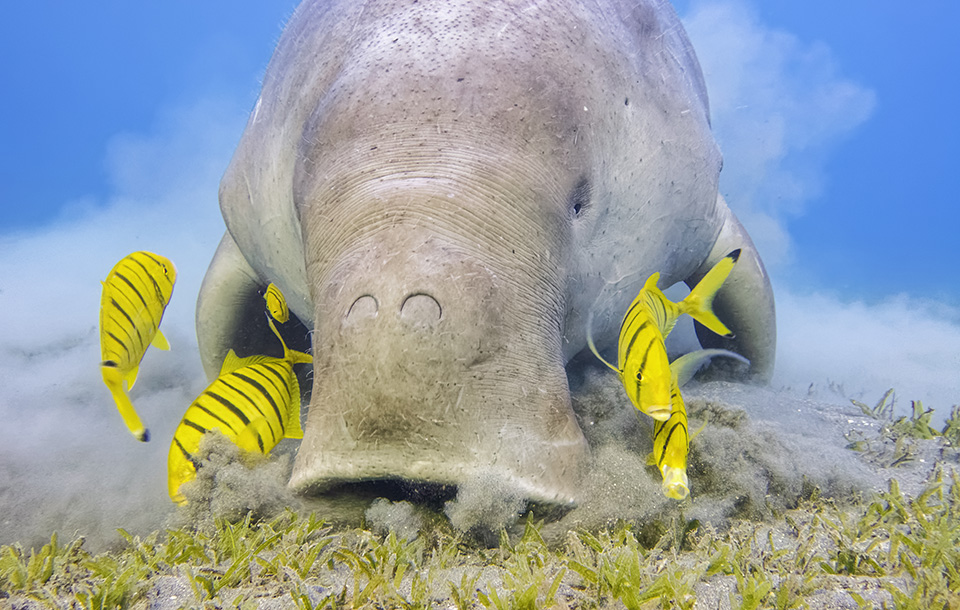 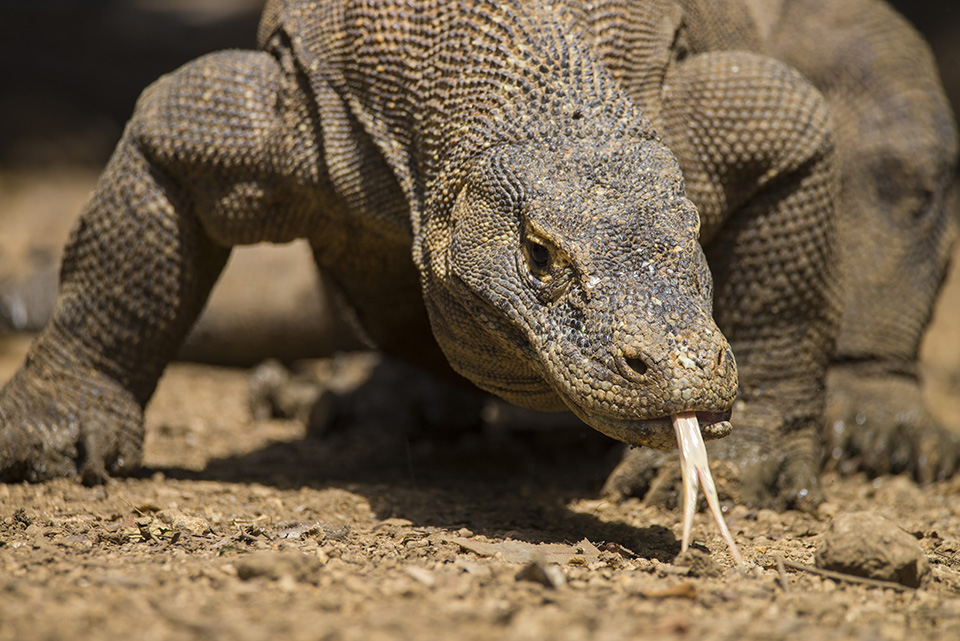 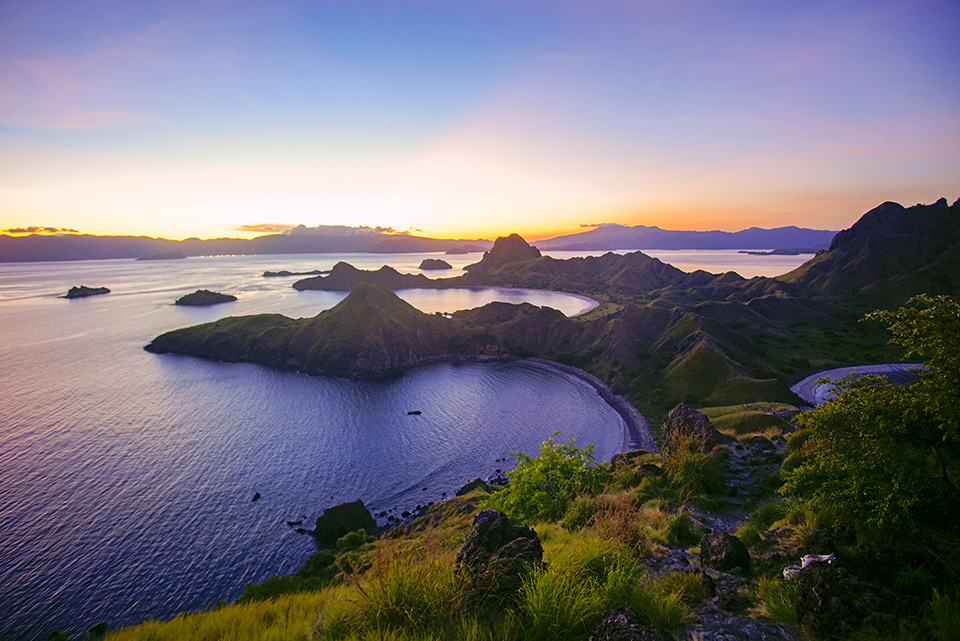